From Prison Reentrant to College Professor 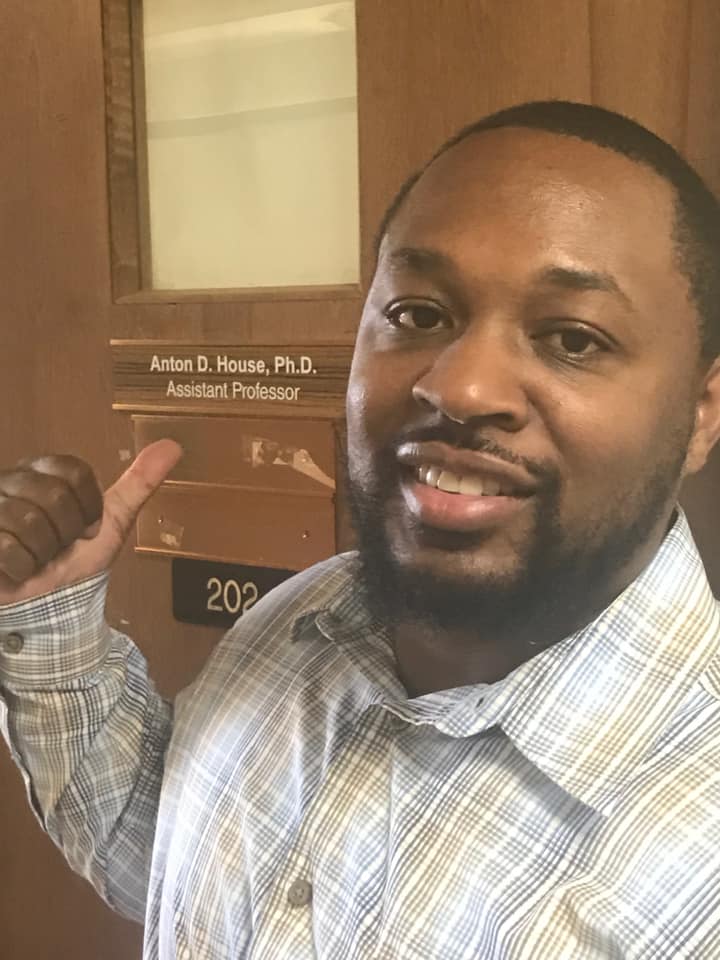 The headline read – From a drug dealer to a doctor of US history; the inspiring story of Anton House.

The article goes on to say, “Anton House is a doctor of United States history, earning his doctorate from Howard University, a historically black university in Washington, after serving time in prison for drug peddling.” Truly, these are the bookends of his remarkable story.

In 1998, at 18, he went to prison for the first time. He returned to prison again in 2001. It was at this time that he knew he had to do something different! He was referred to RVM by the Wisconsin Department of Corrections in 2006. At this time, he started to map out his career. Within a year he was enrolled and studying at the University of Wisconsin-Parkside. By the time he graduated in 2011, he was on the Dean’s List, had a degree in history, and was President of the Black Student Union. He looked to college professors to confide and be mentored. Anton was building a new life!

Following graduation, he was accepted to Howard University. By 2019 he had finished his master’s and doctorate. He states, “I was able to utilize my mind to take me someplace, and that’s what I try to impress on a lot of the boys and girls who come from, not only from Racine but some of the lower socioeconomic communities that I work in.” He went on to say, “your mind can take you as far as you fill it.” The vision and determination to persevere were also factors in his success. In addition, Anton used his knowledge of history to ground his own life. He confessed that, “In finding my family’s history, I found my place in the world.”

Anton’s career has taken him to Delaware State University, in Greenbelt Maryland, a historically black university, where he now serves as Assistant Professor. He shares his message of hope and resilience with people at the university and local neighborhood centers. We suspect that Anton will be paying it forward for many years to come!