A second chance for felons — Local program funded by grants of more than $500,000 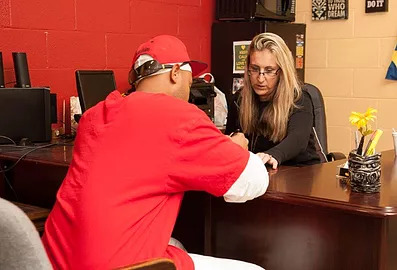 About one in three ex-cons in this city ends up back behind bars, but the goal of a new, federally funded program here is to slash that recidivism rate by half. Mayor John Dickert hosted a news conference Wednesday evening at Festival Hall, 5 Fifth St., during which a series of speakers hailed the start of the 2nd Chance Re-entry Program. It is funded by two grants totaling $583,960 — one that implemented the program during the past few months, and another to keep it going through March 31, 2015.Although the City received the grants, Second Chance is being carried out by Racine Vocational Ministry, 214 Seventh St. The faith-based nonprofit has been doing a re-entry program for paroled felons since 2005.